Grouping and reordering accounts in Predict

Your business needs to reflect how you operate. Group and re-order accounts to customize Predict to mirror your day to day.

Written by Hannah Dawson
Updated over a week ago

Now this may sound like a not-very-exciting-feature, but will make the difference between Predict feeling like its yours, or less familiar.

If your accounts are a long list and possibly in an order you don't recognize (with no groups), it will put a lot of cognitive strain on you to find accounts and understand expenses or groups of them for instance as a whole.

Hover over any account name and you'll see a checkbox appear. 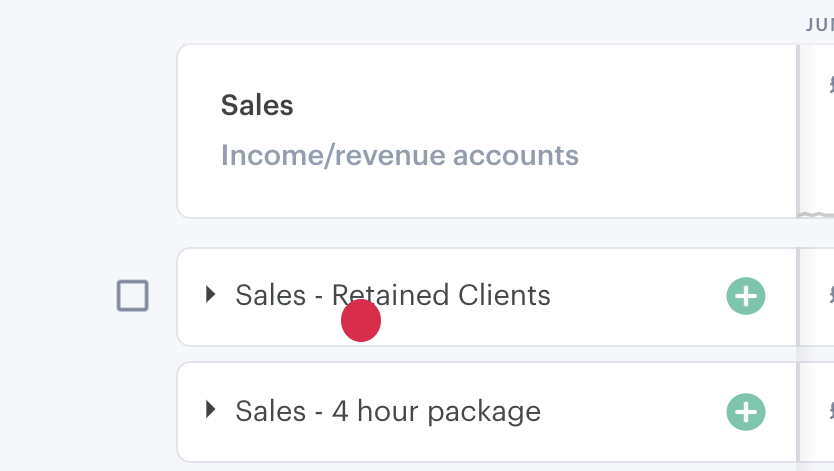 Tick the box and all of the other accounts' checkboxes will appear. Select as many as you need and then hit Group at the bottom of the screen.

Now, you can reorder accounts within the groups or the groups and accounts themselves. Hit the Re-order button on the right hand side of your screen and drag and drop into the order you'd like.

There's a quick Expand/Collapse option in the Views drop down as well 😀.

Did this answer your question?